William Freehling’s “The road to disunion: Secessionists triumphant 1854-1861” is volume II of his examination southern secessionist politics. Today’s “common sense” leads us to believe that the south ... Read full review

I consider this a well written book that deals with an issue of American politics in a new way. The author looks in unusual places for significant factors in the growth of succession. He certainly ... Read full review

William Freehling is Singletary PRofessor of the Humanities at the University of Kentucky. His first book, Prelude to Civil War, won both an Allan Nevins and a Bancroft Prize and is recognized as one of the most significant studies of the Civil War era published in the past three decades. 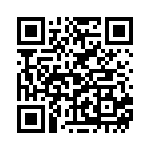