The long-lived Han dynasty is finally succumbing to effects of a weak Emperor and corrupt government that is cause injustice throughout China resulting peasant revolts while nobles strive to reform ... ųÝŗ ŮųťÝš Óžŗš

To complete this, I had to read 3 versions - the version depicted, an e-book translated by C. H. Brewitt Taylor, and Vol III by Ronald C. Iverson (Editor) and Yu Sumei (Translator). Every version had ... ųÝŗ ŮųťÝš Óžŗš

Luo Guanzhong (Author)
Luo Guanzhong was a Chinese writer who lived probably during the fourteenth century, during the Yuan and Ming periods. Very little is known about his origins and life, but he is attributed with writing The Romance of the Three Kingdoms and editing Outlaws of the Marsh - the first two of the 'Four Great Classical Novels' of Chinese literature.

Martin Palmer (Translator)
Martin Palmer is Director of the International Consultancy on Religion, Education and Culture (ICOREC) and Secretary General of the Alliance of Religions and Conservation (ARC). His previous translations include The Book of Chuang Tzu and The Most Venerable Book (both Penguin Classics), The Dao de Jing and The I Ching. 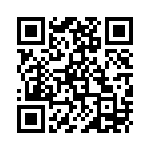