Gary Boyd Roberts, nationally renowned Senior Research Scholar at the New England Historic Genealogical Society (NEHGS) in Boston, Massachusetts, is well known for “American Ancestors and Cousins of The Princess of Wales” (1984), “Ancestors of American Presidents” (1989, 1995), “Notable Kin”, 2 vols. (1998-99), his Internet column on the NEHGS website, his introduction to C.A. Torrey's “New England Marriages Prior to 1700,” and his selections and introductions for fifteen volumes of journal articles reprinted by Genealogical Publishing Company. His 1993 compendium, “The Royal Descents of 500 Immigrants,” was an instant classic, and became the springboard for much further research. He contributed to the last two or more editions of “Ancestral Roots, Magna Charta Sureties,” and “The Plantagenet Ancestry of Seventeenth-Century Colonists.” In addition, he has helped NEHGS patrons trace their royal descents and "notable kin" since 1974 and has lectured widely on various related topics. Mr. Roberts' lifetime work, a twenty-three volume manuscript called "The Mowbray Connection," copies of which can be found at NEHGS, the New York Public Library, and the Society of Genealogists in London, is subtitled "An Analysis of the Genealogical Evolution of British, American, and Continental Nobilities, Gentries, and Upper Classes Since the End of the Middle Ages. 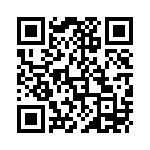