Hundreds of thousands died on the battlefield, tens of thousands more were executed for treason or merely found themselves of the wrong nationality and in the way of two relentlessly unpleasant sides ... Lue koko arvostelu

I've read several books on the Russian Civil War, and this is the one I'd recommend as a first approach to the subject. It presents the military developments thoroughly and memorably (and has ... Lue koko arvostelu

Evan Mawdsley has written numerous books on Russian history, including The Soviet Elite from Lenin to Gorbachev; Thunder in the East: The Nazi-Soviet War 1941-1945 and The Stalin Years. He is Professor of Modern History at Glasgow University. 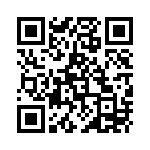