Abbie Goldberg, Ph.D. is Professor of Psychology and Director of Women's and Gender Studies at Clark University. She received her Ph.D. in clinical psychology from the University of Massachusetts Amherst. A central theme of her research is the decentering of any "normal" or "typical" family, sexuality, or gender, to allow room for diverse families, sexualities, and genders.

For 15 years, Dr. Goldberg has been conducting a longitudinal study of adoptive families headed by female, male, and heterosexual couples. Dr. Goldberg also conducts research on the higher educational experiences of trans and gender-nonconforming individuals. She recently completed a longitudinal study of postpartum well-being in women with diverse sexual histories. She is the author of over 100 peer-reviewed articles and two books: Gay Dads (NYU Press, 2012) and Lesbian- and Gay-Parent Families (APA, 2010). Her forthcoming book is Open Adoption in Diverse Families (Oxford, 2020). She is the co-editor (with Katherine Allen) of LGBT-Parent Families: Innovations in Research and Implications for Practice (Springer, 2013), with a 2nd edition currently underway, and the editor of the SAGE Encyclopedia of LGBTQ Studies (SAGE, 2016). She is also the co-editor (with Adam Romero) of LGBTQ Divorce and Relationship Dissolution (Oxford, 2019). Her books have received numerous awards. She has received research funding from the American Psychological Association, the Alfred P. Sloan Foundation, the Williams Institute, the Society for the Psychological Study of Social Issues, the National Institutes of Health, and the Spencer Foundation.

Genny Beemyn, Ph.D. is the director of the University of Massachusetts, Amherst's Stonewall Center, the coordinator of Campus Pride's Trans Policy Clearinghouse, and the co-chair of International Pronouns Day. Dr. Beemyn has published and spoken extensively on the experiences and needs of trans college students, including writing some of the first articles on the topic. They have written or edited eleven books/journal issues, including A Queer Capital: A History of Gay Life in Washington, D.C. (Routledge, 2014) and The Lives of Transgender People (Columbia University Press, 2011) with Sue Rankin. Dr. Beemyn's most recent book is an anthology, Trans People in Higher Education (SUNY Press, 2019). They are currently writing Campus Queer: Addressing the Needs of LGBTQ+ College Students with Mickey Eliason for Johns Hopkins University Press. Dr. Beemyn is also an editorial board member and trans article reviewer for the Journal of LGBT Youth, the Journal of Bisexuality, and the Journal of Homosexuality. They have a Ph.D. in African American Studies and Master's degrees in African American Studies, American Studies, and Higher Education Administration. 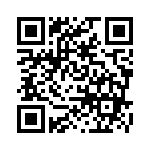