He has written and taught extensively on research methods, with a particular interest in qualitative research methods, and the Grounded Theory Method in particular. His book Grounded Theory and Grounded Theorizing: Pragmatism in Research Practice was recently published by Oxford University Press (2017). He is Senior Editor of The SAGE Handbook of Grounded Theory (SAGE, 2007) and The Sage Handbook of Current Developments in Grounded Theory - both co-edited with Kathy Charmaz (SAGE, 2019). He has supervised over 50 doctoral students, and examined many others, in topics including formal specification of software systems, development of quality and maturity frameworks, new forms of business modelling, and various aspects of e-government and e-democracy.
He is currently working with Professor Frank Land, who worked on the first commercial computer (LEO 1951), and was also the first UK Professor of Information Systems, on a series of 'conversations' planned for publication that will cover issues in the development and impact of computer technology since the 1950s.

Kathy Charmaz was Professor Emerita of Sociology and the former director of the Faculty Writing Program at Sonoma State University. She joined the first cohort of doctoral students at the University of California, San Francisco, where she studied with Anselm Strauss. She wrote in the areas of social psychology, medical sociology, qualitative methods, and grounded theory, and over her career wrote, coauthored, or coedited 14 books, including two award-winning works: Good Days, Bad Days; The Self in Illness and Time, and Constructing Grounded Theory.

She received the George Herbert Mead award for lifetime achievement from the Society for the Study of Symbolic Interaction, the Leo G. Reeder award for distinguished contributions from the Medical Sociology Section of the American Sociological Association and the Lifetime Achievement award from the International Congress of Qualitative Inquiry. Professor Charmaz also gave workshops on qualitative methods, grounded theory, symbolic interactionism, and scholarly writing around the globe. 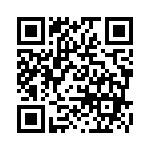