A quick read, decent management/memoir that allows Walsh to address the questions of his being a basket case/neurotic/thin-skinned. While I think "Building a Champion" may have covered many of the ... Read full review

The Score Takes Care of Itself: My Philosophy of Leadership

Bill Walsh (1931-2007), the innovative coach of the San Francisco 49ers and Stanford University who is most famous for developing the ubiquitous West Coast Offense, was not shy about appearing in ... Read full review

Steve Jamison is a bestselling author and America's preeminent authority on the leadership philosophy of UCLA's legendary coach John Wooden, whose basketball dynasty won ten March Madness national championships. Pro Football Hall of Famer Bill Walsh was head coach of the San Francisco 49ers from 1979 to 1989, with an overall record of 102 wins and 63 losses. Craig Walsh is a former marketing executive for the San Francisco 49ers and the current executive director of Santa Clara's Healthy Kids program.
Reader of over four hundred audiobooks, Dick Hill has won three coveted Audie Awards and been nominated numerous times. He is also the recipient of several "AudioFile" Earphones Awards. "AudioFile" includes Dick on their prestigious list of Golden Voices. 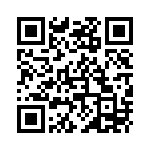