The latter part is better the things on what the future in search can bring etc, but if you have followed much of the stuff aroung google SEO and search in generel there isn't much new. Read full review

Not technical enough for hardcore programmers and probably not as business-oriented as some would like, either, but if you want a book with a bit of both, it's perfect. Read full review

John Battelle is a cofounding editor of Wired and the founder of The Industry Standard, as well as TheStandard.com. He is currently program chair for the Web 2.0 conference, a columnist for Business 2.0, and the founder, chairman, and publisher of Federated Media Publishing, Inc. 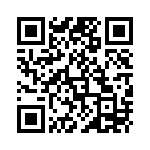