THE SECRET HISTORY OF THE AMERICAN EMPIRE: Economic Hit Men, Jackals, and the Truth About Global Corruption

Perkins follows up the bestselling Confessions of an Economic Hit Man (2004) with a still repentant but now broader view of the unconscionable plundering of the planet and endangerment of its future ... Read full review

John Perkins is the author of Confessions of an Economic Hit Man, a startling exposé of international corruption that spent over a year on the New York Times bestseller list. He is a founder and chairman of Dream Change, a nonprofit organization devoted to raising consciousness and creating a stable, sustainable, and peaceful world for future generations. Perkins has lectured and taught at universities on four continents including Wharton, Princeton, and Harvard, and is a champion for environmental and social causes. 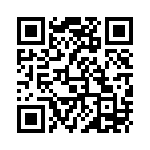