This is by far the most informatative manual that I have ever used. I commend Dan Poynter for educating me on "how to write, print, and sell [my] own book." From start to finish, this book was used as my ONLY resource. It's because of this book that my book, He's not perfect. I'm not perfect. But together we're ... Picture Perfect is published. (www.lakiabrandenburg.com).

Dan Poynter was born on September 17, 1938. He received a bachelor's degree in social science from California State University, Chico. He worked in the aviation industry as a parachute-designer. When he went looking for a book on the then-emerging sport of hang gliding and couldn't find one, he decided to publish his own book on the subject. He was one the earliest advocates of quality self-publishing. He wrote more than 130 books during his lifetime including Hang Gliding and The Self-Publishing Manual. He founded Para Publishing in 1969. The company focused on technical books and manuals about sky-diving and parachute design. The company eventually expanded its list to include books on a variety of topics including self-publishing and writing. He was a founding member of the Publishers Marketing Association (now called the Independent Book Publishers Association). In 1992, he received the organization's Benjamin Franklin Person of the Year Award for Lifetime Achievement. He died after a long illness on November 3, 2015 at the age of 77. 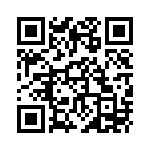