Yael Avrahami is a lecturer for Biblical Studies at Oranim College and the University of Haifa, Israel. 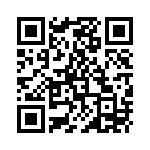