Starts off by delivering on the title but even before halfway starts analysing and even moralising on the history of mankind. It tries to show how our perceptions of the world and its history are ... Volledige review lezen

"The Seven Basic Plots Why We Tell Stories" by Christopher Booker is, at over 700 pages, overwhelming at times. Overall, I see it more as a textbook. It goes into great detail about what he considers ... Volledige review lezen

As a noted commentator on the political, social and psychological history of our time, Christopher Booker has in recent years, through his weekly Sunday Telegraph column, become the most conspicuous 'global warming sceptic' in the British press. He has based his view on exhaustive research into the scientific evidence for and against the theory of 'man-made climate change'.

His professional interest in this issue grew out of research for his previous book Scared To Death, co-written with Dr Richard North, a study of the 'scare phenomenon' which has been such a prominent feature of Western life in recent decades. Booker's other recent books have included The Seven Basic Plots, a best-selling analysis of why we tell stories which has established itself as a standard text (also published by Continuum). He has been an author and journalist for nearly 50 years, and was the founding editor of the satirical magazine Private Eye. 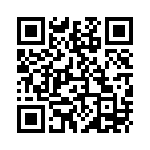