THE SEVEN SINS OF MEMORY: How the Mind Forgets and Remembers

It isn't only computers that have memory problems. Just ask anyone over a certain age—or take a look at this entertaining new book.As the title indicates, Schachter (Psychology/Harvard Univ ... Read full review

The seven sins of memory: how the mind forgets and remembers

To Ben Franklin's adage concerning the certainty of death and taxes, one ought, after reading this book, to add memory failures. Schacter (chair, psychology, Harvard Univ.; Searching for Memory ... Read full review

Daniel L. Schacter is chairman of the Psychology Department at Harvard University. He has previously written Searching for Memory, which received praise as a New York Times Notable Book of the Year and one of Library Journal's Best Science and Technology Books of the Year. The book won the American Psychological Association's William James Book Award and received outstanding reviews in The New Yorker and Publishers Weekly. Schacter was the keynote speaker at the American Psychological Association's 2000 conference and has appeared on 20/20, NBC's Sunday Today, the Discovery Channel, the Learning Channel, and, with Alan Alda, on PBS's Scientific American Frontiers. 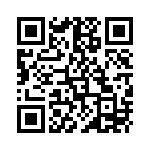