Dr. Morse is the founder of the Ruth Institute, a non-profit organization founded to expose and address the lies created by the Sexual Revolution over the last fifty years. She has authored numerous books, including: Love and Economics: It Takes a Family to Raise a Village, 101 Tips for a Happier Marriage, and Smart Sex: Finding Life-long love in a Hook-Up World. Morse earned her PhD in economics in 1980 and has taught at Yale University and George Mason University. For more information about the Ruth Institute, visit http: //www.ruthinstitute.org. 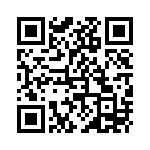