Fascinating, methodical, and extremely difficult at times, The Shadow World opens the light on just how far reaching and devastating the gloabl arms trade is. An important book to say the least. аМэЦМЫСГ ОКЭЙКГЯГР ТГР ЙЯИТИЙчР

This book is a complete and utter failure. Luckily, it isn't really a book: it's a gigantic finger pointed at the world by Humanity as she slowly, desperately tries to make headway against the ... аМэЦМЫСГ ОКЭЙКГЯГР ТГР ЙЯИТИЙчР

Andrew Feinstein is the author of After the Party, a political memoir. He is currently an Open Society Institute Fellow and the founding codirector of Corruption Watch in London. 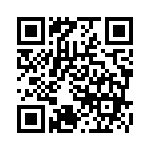