Eugenio Biagini is currently Professor of Modern and Contemporary History in the University of Cambridge and a Fellow of Sidney Sussex College. His main publications include British Democracy and Irish Nationalism, 1876-1906 (2007).

Daniel Mulhall is the Irish Ambassador in the USA. He is the author of A New Day Dawning: A Portrait of Ireland in 1900 (1999). 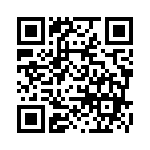