Robert Hughes was born in Australia in 1938. From 1970 onwards, he lived in the United States, where he was Time magazine's art critic for more than twenty-five years. His books include monographs on painters Lucian Freud and Frank Auerbach; a history of Australian Art; Heaven and Hell in Western Art; The Fatal Shore; a collection of reviews, Nothing If Not Critical; Barcelona; The Culture of Complaint; and American Visions: The Epic History of Art in America, published in conjunction with an eight-part television series on the same subject. Hughes died in August 2012. 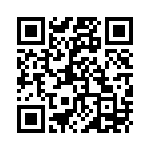