Susan Mitchell Sommers is Professor of History at Saint Vincent College in Latrobe, Pennsylvania. She earned an M.A. and Ph.D. from Washington University in St. Louis. Dr. Sommers is most recently the author of Thomas Dunckerley and English Freemasonry (2012). Her current book project, with Professor Andrew Prescott, is Searching for the Apple Tree: The Early Years of English Freemasonry. 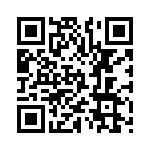