This is a beautiful little book. I wasn't sure if this was an original folk tale or something that Marjane created based on an old tale. The story is a little weird and not really "A" for all ages, in my opinion, but the cover and full color illustrations were very beautiful. Read full review

Marjane Satrapi was born in 1969 in Rasht, Iran. She lived in Iran during the fall of the Shah, the Iranian Revolution, the rise of Ayatollah Khomeini, and the first years of the Iran-Iraq War, before her family fled to Europe. She later returned to study at the Islamic Azad University in Tehran. Her graphic novel autobiography, Persepolis, describing her childhood in Iran and adolescence in Europe, became a critically acclaimed worldwide success, winning the Coup de Coeur Award at the 2001 Angoulême International Comics Festival. She co-directed an animated adaptation of her autobiography with Vincent Paronnaud, which won the Jury Prize at the 2007 Cannes Film Festival and was nominated for an Academy Award for Best Animated Feature. She is also the author of Chicken with Plums (Pantheon Books) and Monsters are Afraid of the Moon (Bloomsbury). 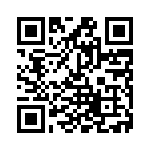