Didier Anzieu (1923-1999) was a French psychoanalyst and theorist whose work brought the body back to the centre of psychoanalytic enquiry. He was the author of numerous books and articles, on areas ranging from Freud's self-analysis, group psychology, and psychodrama to theories of creativity and thought; he also published short stories, literary criticism, a drama, a book of cartoons and a study of May 1968 written from the heart of Nanterre. His research was always conducted alongside his academic and clinical practice, both characterised by inclusivity, curiosity, a broad mind and a gentle manner.

Naomi Segal is a professor of modern languages, specialising in comparative literary and cultural studies, gender, psychoanalysis and the body. In 2004 she created and directed the Institute of Germanic & Romance Studies, University of London. She has published fifteen books, of which the most recent monographs are 'Consensuality: Didier Anzieu, Gender and the Sense of Touch' and 'Andre Gide: Pederasty and Pedagogy'. She is an Academic Associate of the British Psychoanalytical Society, a Chevalier dans l'Ordre des Palmes academiques and a Member of the Academia Europaea. 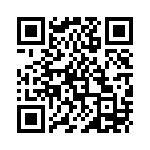