The author portrays a gripping story of the events surrounding 2 ten year old boys killing a 18 month old child. Every part of the book screams "How could this happen?" The author points out at the ... Read full review

A very, very thorough account of the murder of James Bulger and the context of children's criminal justice in Britain. I enjoyed the book, but at times it felt a bit clinical and detached. Some of the ... Read full review

David James Smith was born in south London and wrote for Esquire before joining the Sunday Times Magazine, for whom he travelled around the world writing cover stories, investigative articles, reportage and profiles, winning several awards for his feature writing. An article for the Magazine led to his second book, All About Jill: The Life and Death of Jill Dando (2002). The acclaimed Supper with the Crippens followed in 2005, then came One Morning in Sarajevo - 28 June 1914 (2008), a reconstruction of the assassination of Archduke Franz Ferdinand. Young Mandela, his influential biography of the early life of Nelson Mandela was published in 2010. More recently, David has served as a Commissioner at the Criminal Cases Review Commission investigating miscarriages of justice. 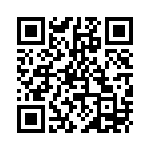