Well, that went places I didn't expect. Nothing much happens in this novel - it is more character studies. But id did not end as I expected - kudos to Trollope for that. I don't know why these novels work for me but they do. ×čňŕňü âĺńü îňçűâ

The penultimate novel in Trollope’s Barsetshire series, this novel primarily concerns the Dale family:, although it also introduces us to Plantagenet Pallister, the heir to the mighty Duke of Omnium ... ×čňŕňü âĺńü îňçűâ 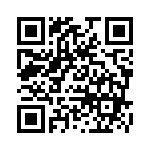