CLAUDIA DURST JOHNSON, former chairperson of English at the University of Alabama, is currently a freelance scholar and writer in Berkeley, California. She is the author of books on American history and literature, as well as theater history. She is also series editor for Greenwood Press's Exploring Social Issues through Literature Series and the Literature in Context Series, for which she has authored several volumes including Understanding To Kill A Mockinggird and Understanding The Grapes of Wrath.

VERNON JOHNSON, a graduate of Vanderbilt University, has wide experience as author, theater director, and professor of world literature. He is co-author of Understanding The Crucible. He now resides in Berkeley, California where he continues to write and teach. 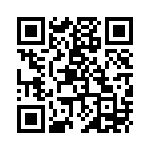