My grandchildren frequently ask me why I read military history, especially memoirs written by servicemen and women. My explanation has been that because of when & where I was born, I never had to go ... Read full review

Samuel Hynes is Woodrow Wilson Professor of Literature Emeritus at Princeton University and the author of several major works of literary criticism, including The Auden Generation, Edwardian Occasions, and The Edwardian Turn of Mind. Hynes's wartime experiences as a Marine Corps pilot were the basis for his highly praised memoir, Flights of Passage. The Soldiers' Tale, his book about soldiers' narratives of the two world wars and Vietnam, won a Robert F. Kennedy Award. He is also a fellow of the Royal Society of Literature. 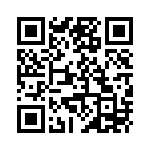