I had never fully understood the word "biogeography" until reading Quammen's Song of the Dodo. According to Quammen on page 17 of Dodo, "Biogeography is the study of the facts and the patterns of ... Read full review

THE SONG OF THE DODO: Island Biogeography in an Age of Extinctions

Everything you might want to know about life and death on islands here, there, and everywhere on the globe can be found in Quammen's study of island biogeography. The National Magazine Award-winning ... Read full review

David Quammen was born in 1948, near the outskirts
of Cincinnati, Ohio, and spent much of his boyhood
in an eastern deciduous forest there. His interest in
the natural world -- hiking through woods, grubbing in
creeks, collecting insects, taking reptiles hostage and
calling them pets -- was so all-consuming that he
would eventually, during adolescence, need remedial
training in basketball.

At an early age he learned the word herpetologist and
decided he might like to be one. But he had always been
interested in writing; and at the age of 17, he met Thomas G.
Savage, a Jesuit priest. Savage was to become a life changing
teacher, fostering Quammen's literary ambitions and
prospects, and encouraging him to attend college at Yale.
He knew that at Yale Quammen would find a superb English
department, and encounter people such as Robert Penn
Warren, a great American novelist, poet, and critic. Despite
his not having heard of Penn Warren, Quammen followed
the priest's advice and enrolled at Yale. Fools luck was
smiling on him, as were generous and trusting parents, and
three years later he found himself studying Faulkner at the
elbow of Mr. Warren, who became not just his second life
changing teacher but also his mentor and friend. Quammen
never forgot Thomas Savage's encouragement: The Song of the
Dodo is dedicated to this vast-hearted curmudgeon, who
died young in 1975.

In 1970, Quammen published his first book, a novel titled
To Walk the Line, which had been steered toward daylight by
Mr. Warren. Also that year, he began a two-year fellowship at
Oxford University, England, where he continued studying
Faulkner, loathed the climate, loathed the food, loathed the
vestiges of upper-class snobbery, met a few wonderful
people, and spent much of his time playing basketball (the
remedial training had helped) for one of the university
teams. Promptly after Oxford, Quammen moved to Montana,
carrying all his possessions in a Volkswagen bus to this state
in which he had never before set foot. The attractions of
Montana were 1) trout fishing, 2) wild landscape, 3) solitude,
and 4) its dissimilarity to Yale and Oxford. The winters are
too cold for ivy.

Quammen made his living as a bartender, waiter, ghost
writer, and fly-fishing guide until 1979. Since then he has
written full time. In 1982 he married Kris Ellingsen, a
Montana woman even more devoted to solitude than he is.

His published work includes two spy novels (The Zolta
Configuration, The Soul of Viktor Tronko), a collection of short
stories about father-son relationships (Blood Line), two
collections of essays on science and nature (Natural Acts, The
Flight of the Iguana), several hundred other magazine essays,
features, and reviews, as well as The Song of the Dodo. From
1981 through 1995, he wrote a regular column about science
and nature for Outside magazine, and in 1987 received the
National Magazine Award in Essays and Criticism for work
that appeared in the column. In 1994 he was co-winner of
another National Magazine Award. In 1996 he received an
Academy Award in literature from the American Academy of
Arts and Letters. He remains a Montana resident, despite the
arrival of cappuccino.

In 1998 Scribner will publish Strawberries Under Ice, a new
collection of Quammen's magazine essays and features, subtitled
"Wild Thoughts from Wild Places." The wild places in
question, from which he has drawn observations and
inspiration in recent years, include Tasmania, southern Chile,
Madagascar, the Aru Islands of eastern Indonesia, Los
Angeles, suburban Cincinnati, and of course, Montana.

Other Books With Reading Group Guides 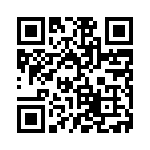