"The Soul" is a charming behind-the-scenes look at the recent octopuses who have lived at the New England Aquarium. Montgomery's attempts at self-examination paled in comparison to her descriptions of ... Read full review

Having recently watched part of My Octopus Teacher, I passed by the book The Soul of an Octopus in the library and grabbed it to read. Showing how octopus have intelligence and understanding albeit so ... Read full review

Sy Montgomery was born on February 7, 1958 in Frankfurt, Germany. She is a 1979 graduate of Syracuse University, a triple major with dual degrees in Magazine Journalism from the S.I. Newhouse School of Public Communications and in French Language and Literature and in Psychology from the College of Arts and Sciences. She was awarded an Honorary Doctorate of Humane Letters from Keene State College in 2004, and an Honorary Doctorate of Humane Letters from Franklin Pierce University and also from Southern New Hampshire University in 2011. Montgomery is a naturalist. She is an author, and scriptwriter. Her most popular book, The Good Good Pig, is a memoir of her life with her pig, Christopher Hogwood. The book became listed on the New York Times bestseller list in 2015. How to be a Good Creature: A Memoir in Thirteen Animals was published in September 2018. Her other notable titles include Journey of the Pink Dolphins, Spell of the Tiger, and Search for the Golden Moon Bear. 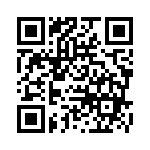