THE SOUL'S CODE: In Search of Character and Calling

What set of factors most influence the course of an individual human life? Nature? Nurture? The choices a person makes, including one's intimate relationships? Or is it the complex interplay of all of ... Read full review

The soul's code: in search of character and calling

Hillman has written ten books, but he is best known as the inspiration for Thomas Moore's Care of the Soul. Now, for this book on finding one's personal calling, he's getting a big print run himself. Read full review

James Hillman was born in Atlantic City, New Jersey on April 12, 1926. He attended the School of Foreign Service at Georgetown University for two years before joining the Navy's Hospital Corps in 1944. He studied English literature in Paris at the Sorbonne and graduated with a degree in mental and moral science from Trinity College in Dublin. In 1953, he moved to Zurich and enrolled at the C. G. Jung Institute. In 1959, he became the director of studies at the institute and stayed in that position for the next 10 years. He wrote over 20 books including Suicide and the Soul, Re-Visioning Psychology, and The Soul's Code. He died due to complications of bone cancer on October 27, 2011 at the age of 85. 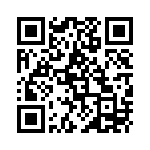