KAREN ISAKSEN LEONARD is Professor of Anthropology at the University of California, Irvine, where she specializes in South Asian and Asian American history and culture. She is the author of Making Ethnic Choices: California's Punjabi Mexican Americans (1992) and Social History of an Indian Caste: The Kayasths of Hyderabad (1978). 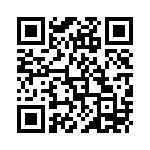