G. Harry Stine was born March 26, 1928. He graduated with a degree in physics from Colorado College. He worked as a civilian scientist at White Sands Proving Grounds and then at the U.S. Naval Ordnance Missile Test Facility as head of the Range Operations Division from 1955-1957. He was a founder of the American Model Rocketry Association and many of his pioneering rockets are displayed in the Smithsonian's Air and Space Museum. He wrote science fiction using the pseudonym Lee Correy. His works included Starship Through Space, Rocket Man, Contraband Rocket, Shuttle Down, Space Doctor, Manna, A Matter of Metalaw, and in the Star Trek series The Abode of Life. Writing under G. Harry Stine, his works included Warbots, Judgment Day, and Starsea Invaders: First Action. He died of a stroke on November 2, 1997. 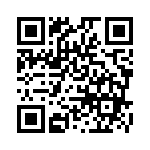