Published in 1952 this novel is included in the Science fiction masterwork series. It is science fiction very much of it’s time with its central hero Mitch Courtenay bulldozing his way through ... Read full review

I hated the first half. It improved after he got bopped on the head, and became much more going, and funnier. Like a mix of Mad Men and Brazil. Read full review

Frederik Pohl was born in New York City on November 26, 1919. More interested in writing than in school, he dropped out of high school in his senior year and took a job with a publishing company. After serving as a public relations officer in the United States Army from 1943 to 1945, he returned to publishing as copywriter for Popular Science, a literary agent for several sci-fi writers, and the editor for the magazines Galaxy and If from 1959 until 1969, with If winning three successive Hugo awards. His first published work, a poem entitled Elegy to a Dead Satellite: Luna, was printed in Amazing Stories magazine in 1937 under the pen name Elton Andrews. His first science fiction novels were published in the mid 1960's, some written in collaboration with other writers, others created alone. During his lifetime, he won over 16 major awards for his writing (much of which was published pseudonymously) including six Hugo Awards and three Nebula Awards. His works include Gateway, which won the Campbell Memorial, Hugo, Locus SF, and Nebula Awards, Beyond the Blue Event Horizon, and Jem, which won the National Book Award in 1979. He also embraced blogging in his later years, using his online journal as an ongoing sequel to his autobiography, The Way the Future Was. He died on September 2, 2013 at the age 93. 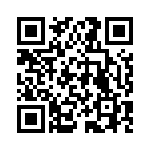