Gabriel Jackson is Professor of History at the University of California at San Diego. This book was awarded the Herbert Baxter Adams Prize of the American Historical Association in 1966. 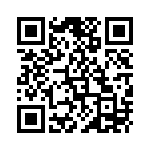