Anyone who has ever tried to dip their toes into the waters of medieval theology can quickly be overwhelmed by its complexities and occasional rank obscurantism. Wilken, much to his credit, knows his ... Read full review

Good resource for those wanting an intro to Christian thought. At times a reader may need a Thesaurus but not enough to burden the understanding. Probably better for the slightly more advanced student ... Read full review

Robert Louis Wilken is William R. Kenan Professor of the History of Christianity at the University of Virginia. His previous books include The Christians as the Romans Saw Them and The Land Called Holy: Palestine in Christian History and Thought, both available in paperback from Yale University Press. 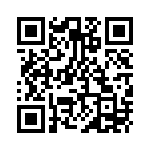