What a fascinating and informative book! After the excellent job the first chapter did at laying out the big picture of the workings of the "star machine" in Hollywood of the '30s and '40s, I felt ... Read full review

An interesting look into movie studies during the 1930s, 1940s, and 1950s. By focusing on various stars' careers, Basinger notes how the "star machine" worked, its successes, and its failures. She ... Read full review

Jeanine Basinger is the chair of film studies at Wesleyan University and the curator of the cinema archives there. She has written nine other books on film, including A Woman's View: How Hollywood Spoke to Women 1930–1960; Silent Stars, winner of the William K. Everson Award for Film History; The World War II Combat Film: Anatomy of a Genre; and American Cinema: 100 Years of Filmmaking, the companion book for a ten-part PBS series. She lives with her husband in Middletown, Connecticut. 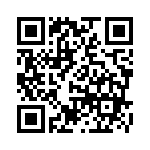