THE ALPHABET IN MY HANDS: A Writing Life

Human-rights activist Agos°n (Spanish/Wellesley Coll.; Always from Somewhere Else, 1998, etc.) explores divergent veins of cultural identity in the face of brutality and alienation in a rhapsodic and ... Read full review

The star of Bethlehem: the legacy of the Magi

Agos n (Spanish, Wellesley Coll.) devotes the first half of her autobiography to her childhood and early adolescence, an epoch already treated in A Cross and a Star (Univ. of New Mexico, 1995). The ... Read full review

MICHAEL R. MOLNAR, an astronomer, is retired from the Physics and Astronomy Department at Rutgers University. 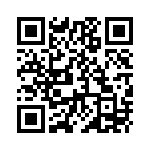