Another key book in the Lean library. Author Steve Blank has created the Lean Launchpad Accelerator programs that have been adopted by universities and accelerators across the world. Blank's process ... Read full review

A retired eight-time serial entrepreneur-turned-educator and author, Steve Blank has changed how startups are built and how entrepreneurship is taught around the globe. He is author of the bestselling The Startup Owner's Manual, and his earlier seminal work, The Four Steps to the Epiphany, credited with launching the Lean Startup movement. His May 2013 Harvard Business Review article on the Lean Startup defined the movement.

Steve is widely recognized as a thought leader on startups and innovation. His books and blog have redefined how to build successful startups; his Lean LaunchPad class at Stanford, Berkeley and Columbia has redefined how entrepreneurship is taught; and his Innovation Corps class for the National Science Foundation forever changed how the U.S. commercializes science. His articles regularly appear in The Wall Street Journal, Forbes, Fortune, The Atlantic and Huffington Post.

Blank's first book, The Four Steps to the Epiphany (2003), offered the insight that startups are not small versions of large companies large companies execute business models, but startups search for them and led him to realize that startups need their own tools, different from those used to manage existing companies. The book described a Customer Development methodology to guide a startup's search for a scalable business model, launching the Lean Startup movement in the process.

His second book, The Startup Owner's Manual, published in March 2012, is a step- by- step guide to building a successful company that incorporates the best practices, lessons and tips that have swept the startup world since The Four Steps was published.

His essays on his blog, www.steveblank.com, and his two books are considered required reading among entrepreneurs, investors and established companies throughout the world.

In 2011, Blank developed the Lean LaunchPad, a hands- on class that integrates Business Model design and Customer Development into practice through rapid, real- world customer interaction and business model iteration. In 2011, the National Science Foundation adopted Blank's class for its Innovation Corps (I- Corps), training teams of the nation's top scientists and engineers to take their ideas out of the university lab and into the commercial marketplace. To date, more than 400 handpicked teams of scientists and engineers have participated in I-Corps.

Blank also offers a free online version of Lean LaunchPad through Udacity.com; more than 100,000 people have signed up for the class, which is also the centerpiece of Startup Weekend NEXT, a global entrepreneurship training program launched in fall 2012.

Steve is a prolific writer, speaker and teacher. In 2009, he earned the Stanford University Undergraduate Teaching Award in Management Science and Engineering. In 2010, he earned the Earl F. Cheit Outstanding Teaching Award at U.C. Berkeley Haas School of Business. The San Jose Mercury News listed him as one of the 10 Influencers in Silicon Valley. Harvard Business Review named him one of 12 Masters of Innovation. Despite these accolades and many others, Steve says he might well have been voted "least likely to succeed" in his New York City high school class.

In his spare time, Steve is a Commissioner of the California Coastal Commission, the public body that regulates land use and public access on the California coast. Steve is on the board of the California League of Conservation Voters (CLCV). He is a past board member of Audubon California, the Peninsula Open Space Land Trust (POST), and was a trustee of U.C. Santa Cruz.

Steve's proudest startups are daughters Katie and Sarah, co- developed with wife Alison Elliott. They split their time between Pescadero and Silicon Valley. 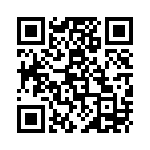