I went through this book sorely disappointed. Sure, there were narratives describing the greatest hits of Schmidt being stung, and a respectable amount of informative material about insects both ... Read full review

OUCH! DAMN IT! ARRGH! - Justin Schmidt hits a home run in his publication of "The Sting of the Wild". Schmidt entices the reader to travel with him though time and across the planet as he teaches us ... Read full review

Justin O. Schmidt is a biologist at the Southwestern Biological Institute and is associated with the Department of Entomology at the University of Arizona. He is the coeditor of Insect Defenses: Adaptive Mechanisms and Strategies of Prey and Predators. 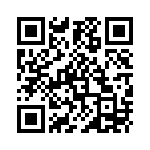