Jon Goweris a former BBC Wales arts and media correspondent, who was educated at Girton College, Cambridge, where he read English. He is a documentary maker for television and radio and has eleven books to his name, in both Welsh and English. They include An Island Called Smith,about a disappearing island in Chesapeake Bay, which gained him the John Morgan travel writing prize, and Uncharted, a novel described by Jan Morris as 'unflagging and unfailingly inventive.' In 2009 he was awarded a major Creative Wales award to explore the Welsh settlement in Patagonia. Jon is currently a Hay Festival International Fellow.

Huw Edwardsis a BAFTA-award winning journalist, presenter and newsreader. Born in Bridgend, Welshspeaking
Huw joined the BBC in 1984 and became a familiar face during his time on BBC Six O'Clock News. Since then, Huw as covered numerous key national events, is a regular on a range of BBC News programmes, including as lead
newsreader on the BBC News at Ten, and has presented a variety of documentaries on British and Welsh history and culture. A former graduate of Cardiff University, Huw was made an Honorary Fellow in 2003 and an Honorary Professor of Journalism in 2007, and was elected Vice-President of the university in 2009. Huw is also an
Honorary Fellow of Swansea University, the University of Wales, Lampeter, the University of Wales, Newport, Swansea Institute of Higher Education, and has an Honorary Doctorate from the University of Glamorgan, as well as being Patron of the National College of Music, in London, and President of the London Welsh Trust. 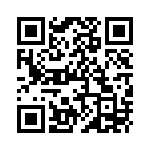