Konstantin Paustovsky was born in Moscow in 1892, but spent his childhood in Ukraine, being schooled at Kiev's First Gymnasium. After serving as a paramedic in World War I Paustovsky worked as a journalist until he began to write the novels, short story collections and critical essays that would earn him his place as the most admired and respected figure among Russia's contemporary writers. Paustovsky began work on his autobiography, The Story of a Life, in 1943, parts of which first appeared in English translation in 1964-four years before he died. 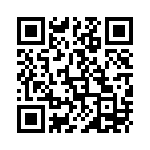