The driest and most wonkish account of the current economic crisis I’ve read, with substantial attention given to possible fixes for the broken system—if we have any political appetite for them ... Read full review

Kathleen Engel, the Associate Dean for Intellectual Life and Professor of Law at Suffolk University Law School, is a national authority on mortgage finance and regulation, subprime and predatory lending, and housing discrimination. Professor Engel's research on financial services markets and the
laws that regulate them regularly catches the attention of the press and she presents her research in academic, banking, and policy forums throughout the country and around the world.

Patricia A. McCoy, an expert on financial services regulation, is the Connecticut Mutual Professor of Law and Director of the Insurance Law Center at the University of Connecticut. Professor McCoy analyzes consumer protection, moral hazard, and systemic risk through the lens of law, economics, and
empirical methods. Her work on the subprime market has garnered national press attention and repeated invitations to testify before Congress. 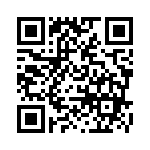