THE SUBSTANCE OF HOPE: Barack Obama and the Paradox of Progress

"What does it mean to live in a country where 64 million people voted to make a black man a president?" asks Cobb (History/Spelman Coll.; To the Break of Dawn: A Freestyle on the Hip Hop Aesthetic ... Read full review

Wiliam Jelani Cobb, Ph.D. is an Associate Professor of History at Spelman College in Atlanta. He specializes in post-Civil War African American history, 20th century American politics and the history of the Cold War. He is a contributing writer for Essence magazine, and his essays and reviews have appeared in The Washington Post, The Progressive, Alternet.org, and other publications. He has been a featured commentator on National Public Radio, the acclaimed documentary Beyond Beats & Rhymes, CNN, and a number of other national broadcast outlets. He is the author of To The Break of Dawn: A Freestyle on the Hip Hop Aesthetic and The Devil & Dave Chappelle and Other Essays, and has edited and contributed to several other books. He lives in Atlanta, Georgia. 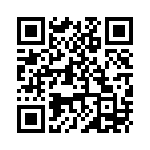