Kirstie Ball is Reader in Surveillance and Organization at the Open University Business School, UK.

is Professor of Sociology at Queen’s University, Canada. 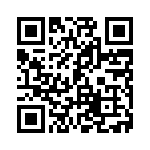