Reviewed by K.C. Finn for Readers' Favorite
The Swines: Anecdotes Of A Piggly Family is a work of quirky general fiction written by author H. M. So. Despite the cutesy, cartoony appearance of its well drawn cover, the novel focuses on the satirical pleasures to be gained from viewing today’s world through a fresh new perspective. In this case, our twelve-year-old narrator Sam is just like any other kid, except that he’s a human and his parents are both pigs. In a world filled with swine, this little boy grows up with many of the same hang-ups that we all had as kids, but also plenty of new ones in a world that seems to be losing the curl from its tail.
Though it is written for adults, older teens would also enjoy the rich satirical humour and the nostalgic throwbacks to childhood that the work of H. M. So has to offer. Sam’s journey is not unusual plot-wise, but the way that his life unfolds is wonderfully narrated with a selection of elegant prose and sudden, thought-provoking moments of clever dialogue and plays on words. The interior illustrations add a new, cute dimension to the reading experience, keeping you suspended in that strange fairy-tale, children’s book mode where the surreal qualities of the tale can really take flight without question. Overall, I would certainly recommend The Swines: Anecdotes Of A Piggly Family as a highly enjoyable irreverent read for the modern age, accompanied by high quality writing, presentation and a superbly satirical set of ideas.

Reviewed by Lisa McCombs for Readers' Favorite
Sam comes from a family of pigs. His mother is a British Lop, whose great-great-great-great-grandmother was once served as a main course to the queen of England. Sam really doesn’t care much about his mother’s impressive pedigree. He only wishes she would keep a cleaner house and pay more attention to her personal hygiene. She reminds him that she is, after all, a pig. Sam’s father is a warthog of undefinable lineage whose claim to fame is frequent flatulence and an art of emitting assorted rude noises. Even with his nontraditional parentage, Sam is a normal boy with normal insecurities and normal questions about life. And even with their unique personas, his parents are blue collar folk, plain of speech and thought. He is convinced that his English teacher hates him and his math teacher thinks he has a binary future in mathematics. Sam and his friends just want to be kids, without label or design.
The Swines: Anecdotes Of A Piggly Family by H.M. So is a humorous satire told in the voice of an average twelve-year-old boy whose parents fit the theme of dysfunctional. While Sam does his best to adhere to the rules of society, everything else in his life is the complete opposite of sensible. With a tongue in cheek attitude, H.M. So mimics current events in American history with fresh language and amusing anecdotes strangely akin to current world news. While at one point in the narration So allows the characters to try on underwear during a shopping trip, on further inspection he shares serious words of wisdom to which readers can relate. All age groups will be entertained by The Swines. 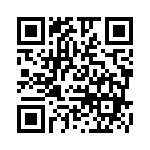