Great piece of work, a must-have for every comic book passionate. In some parts to general for my taste, but rich exampletorium (I'm not sure if this word exist in english, but I hope You will still get my point:) of comics (most fascinating and less known french and belgian work) makes up for it.
I highly recommend it.

Thierry Groensteen is a comics scholar and translator in Brussels, Belgium. He is the author of La bande dessin e: Une litt rature graphique and La construction de la cage, among other books.

|Bart Beaty is associate professor of communication and culture at the University of Calgary. |Nick Nguyen is an archivist at Library and Archives Canada, in Ottawa, Ontario. 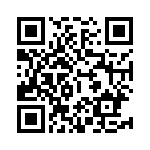