Great book that will challenge the way you think. Though written a long time ago, it still rings true and is relevant to today.

Review: The Tao of Philosophy: The Edited Transcripts (The Love of Wisdom Library)

Watts blasts us with the idea that our languages and thought processes are filled with contradictions, and in turn, offers answers with more contradictions. My biggest question is that if we're to ... Read full review

Alan Watts was born in England in 1915. He was an Episcopalian priest who became the spokesperson for Eastern religions during the late 1950s and tumultuous 60s. His first book, The Spirit of Zen, however, was written in the 30s when Watts was just 20 years old. He went on to write more than twenty other books. He died in 1973. 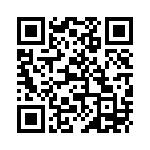