Good, not great. I enjoy Shakespeare's writing, plots & characters always, but I've liked some of his other works more. Vollständige Rezension lesen

While not known for it's verisimilitude, this play is deceptive, there is a lot of symbolism and things going on that might not be the first thing you notice. It sends one thinking, is Prospero good ... Vollständige Rezension lesen 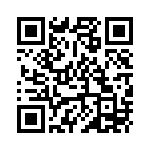