Randy Shaw is the Director of San Francisco's Tenderloin Housing Clinic, which he helped found in 1980. His previous books include The Activist's Handbook, Beyond the Fields: Cesar Chavez, the UFW and the Struggle for Justice in the 21st Century. Shaw led the campaign to create the national Uptown Tenderloin Historic District and to open the Tenderloin Museum. He is also editor of BeyondChron.org. 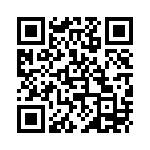