I found this book to have some really interesting points and a point of view not often expressed. It was interesting to see some of the controversies of the Bush Presidency discussed in purely legal ... Read full review

Page 6 - That comprehensive and undefined presidential powers hold both practical advantages and grave dangers for the country will impress anyone who has served as legal adviser to a President in time of transition and public anxiety. While an interval of detached reflection may temper teachings of that experience, they probably are a more realistic influence on my views than the conventional materials of judicial decision which seem unduly to accentuate doctrine and legal fiction.
Appears in 35 books from 1798-2007

Jack Goldsmith is the Henry L. Shattuck Professor of Law at Harvard University. From October 2003 to June 2004 he was assistant attorney general, Office of Legal Counsel. He lives in Newton, Massachusetts. 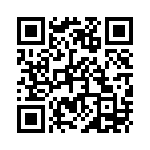