The Tet Offensive: a concise history

James H. Willbanks is director, Department of Military History, U.S. Army Command and General Staff College, Fort Leavenworth, Kansas. He is a retired Lieutenant Colonel with twenty-three years service as an Infantry officer in various assignments, including a tour as an advisor in Vietnam. He is the author of two books on the Vietnam War, including Abandoning Vietnam (University Press of Kansas) and The Battle of An Loc (Indiana University Press), and the editor of a collection of essays entitled The Vietnam War (Ashgate Publishing Limited). 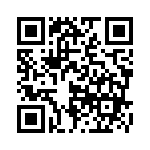