The Third Reich in the ivory tower: complicity and conflict on American campuses

Norwood (history & Judaic studies, Univ. of Oklahoma) provides chilling insight into the relationship between the Nazi state and American Ivy League colleges during the 1930s. Schools such as Harvard ... Read full review

Stephen H. Norwood, who holds a Ph.D. from Columbia University, is Professor of History at the University of Oklahoma. His two-volume Encyclopedia of American Jewish History, co-edited with Eunice G. Pollack (2008), received the Booklist Editor's Choice Award. He is also the author of three other books on American history, the winner of the Herbert G. Gutman Award in American Social History and the co-winner of the Macmillan/SABR Award in Baseball History. His articles have appeared in anthologies and numerous journals, including American Jewish History, Modern Judaism and the Journal of Social History. 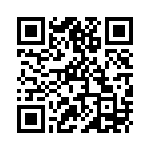