This slim volume contains rather mindless retelling of Kieslowski's feature films; gives nothing new to understanding of Kieslowski's masterpieces. The only 'bonus' - an interview with the director, claimed to be 'one of his last interviews'. Read full review

Geoff Andrew is a writer and lecturer on film. He is a programmer for BFI Southbank and the London Film Festival, a regular contributor to Sight & Sound magazine, and was for many years Film Editor of Time Out and Consultant Editor of the Time Out Film Guide. In addition to editing several books and contributing to numerous anthologies, Geoff has written, among others, a BFI Modern Classics volume on Kieslowski's Three Colours Trilogy, a study of the films of Nicholas Ray, and two critical dictionaries, The Film Handbook and Film Directors A-Z – The Art of the World's Greatest Film-makers. In 2009 the French government made him a Chevalier de l'Ordre des Arts et des Lettres. 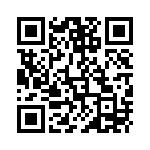